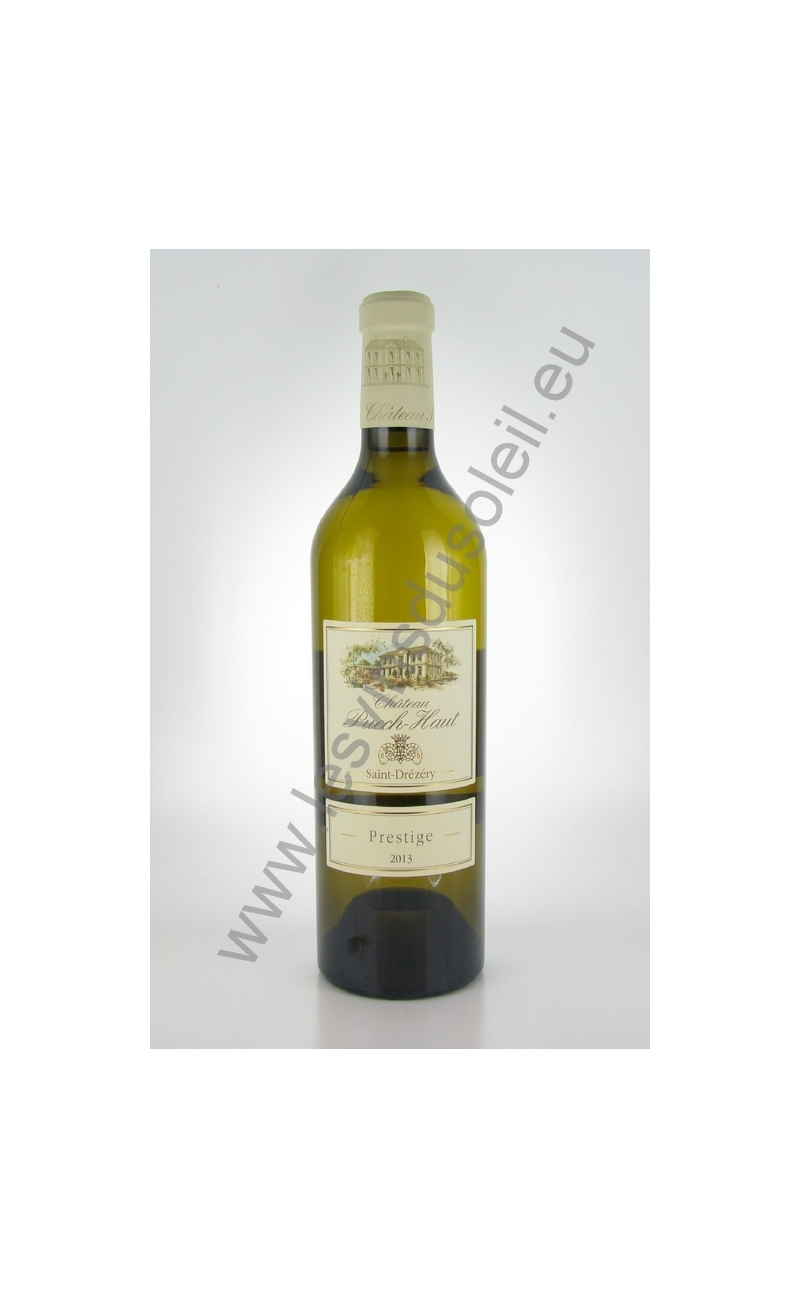 The history of Château Puech-Haut is primarily the story of a man who built his vineyard as he built his life. From scratch, create and realize a dream without asking any question, this is how Gerard Bru, owner of the place works.
It has the means of its ambitions and simply put one foot before the other. There are now a few decades, a charismatic young boy with an imposing stature, turbulent, as we defined it at the time, was tracing his path. He bought or borrowed a bit of everything and anything to sell it already ...
Then came the time when the teenager turned into a man and began to create his first company and then his second. He had no fear of labor, or put their hands in the dough. The innate sense of business, he knew sustain its business. A few years later, this is an industry at the head of a company not fewer than 500 employees. Then a larger company, Alstom offers to redeem. Gerard Bru agrees to sell. It will make for some time business in the real estate business before preparing his return to earth, long thought. For if it was perhaps too quickly stamped "industrial", is primarily a land started at a young age by a grandfather who taught him the taste for hunting and vineyards in the Minervois.
This love was fueled by the trade of his father, intendant of the Ecole Nationale Supérieure Agronomique de Montpellier. As in all his passions, whether the cigar, the character trademark, or hunting he practiced on every possible game, including elephant, its creed is excess. But if for some, this proves a defect in him this turns into quality.
The start of the adventure of Château Puech-Haut is the purchase of a plot of land for sentimental reasons. It is located thirty hectares northeast of Montpellier. Not a vine so that the olive trees and scrubland. The soil was not yet classified A.O.C. but no doubt an excellent soil for vines: the soil consists of clay, limestone and covered with pebbles. The olive trees were uprooted and replanted vines vineyards, the farmhouse was replaced by a "castle" out of the ground from the stones of the old prefecture and redeemed.
A few years later, it was the first wine of Château Puech-Haut and the beginning of the expansion.
The winemaker, Yves Gruvel was debauched by a wine cooperative, a man with feet firmly planted in the land and traditions of Languedoc. And, as nothing is done in half Château Puech-Haut, Gérard Bru hired as a consultant Michel Rolland from 1996 to 2006. Since 2008 Philippe Cambie "the" specialist in the Côtes du Rhône and international renown to join us at our next oenologist Mathieu Ciampi. Château Puech-Haut currently has no less than 165 hectares.
The varieties initially chosen for plantations are Grenache and Syrah. Since Gerard Bru bought adjoining plots with old Carignan (50 to 60) and planted some hectares with three major white grapes of the Rhone - Viognier, Marsanne and Roussanne. Today the vineyard of Château Puech-Haut covers 50 ha, including 42 ha in production. They are in the era of Coteaux du Languedoc, Saint Drézéry, which is the name of the municipality and the smallest of the "terroir" of Languedoc.
Production, important enough, is divided between three reds, two whites and a rosé. The wine making is based on the principle of the separation of grape varieties and plots. To know the potential, each plot is harvested, fermented and aged separately. This is necessary for a young field without many years of experience. The assembly of the various cuvées takes place just before bottling. The wines are not filtered. Red wines account for around 80% of production. The maceration is very long, about 5 weeks, bled tanks for greater concentration, the juice collected is used for the production of rosé wine. The three vintages of red wine totaled about 12 months in barrels from January to April wines.
White wines, exceptional enough, illustrate the explosive growth of the white wines of the Languedoc. The wines are different in the assembly.
Winemaking is virtually identical ?: fermentation and aging in barrels (about 1/3 new) and daily stirring for greater power and gras.Tous the wines of Château Puech-Haut are powerful and bold with lots of character. Prices are especially thinking of the resources invested, very reasonable. The wines of Puech-Haut are keeping wines. "Even the white, said Yves Gruvel. We realized that with time, it retains all its aromatic flavor. ". Of premium wines from subtle blends. And during these assemblies, the great moments of the life of Château Puech-Haut receives a huge host, Michel Rolland. Elected best winemaker in the world in 2000, Michel Rolland undeniably contributes to the success of the winery. "We follow with Puech-Haut. One of my colleagues went 5 or 6 times a year to the area and talk to people in production, the vineyard and winemaking. I am personally informed of what is going on and I run the assemblies tastings. ".